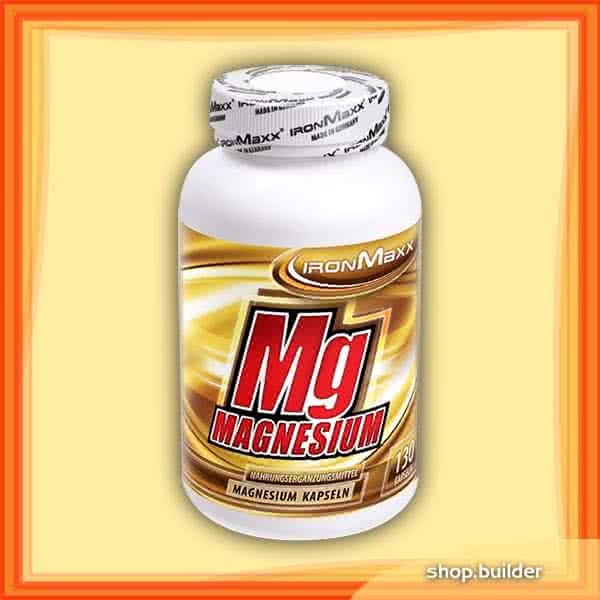 Magnesium deficiency as a cause of muscle cramps

Many people suffer from magnesium deficiency without knowing it. The consequences of insufficient magnesium levels on the body not only lead to muscle cramps, but can also have just as negative an effect on the heart and inner well-being. IronMaxx® Mg-Magnesium provides your body with high-quality bioavailable magnesium citrate and can help prevent muscle cramps.

A mineral for health and performance!

Magnesium belongs to the class of substances which the body cannot produce naturally. A regular supply ensures that essential enzymes, which are of utmost importance for the metabolism, can be produced in the body. In addition, it also has an influence on energy production in cells. Magnesium helps maintain our bones and keeps blood sugar stable. Magnesium can even assist in burning off body fat.

Right away, in less than a week, you'll feel the effect of magnesium in a more relaxed musculature. Even doubters of the efficacy of magnesium will quickly change their mind. Magnesium already enjoys popular among athletes and is taken widely, yet the supplement is even finding converts in the stressful on-the-job environment.

Modern life is especially characterized by a lack of time. Everything is hectic - things can't go fast enough. This phenomenon, to which we are exposed on a daily basis, leads to stress, which can manifest itself in the widest variety of psychological and physical symptoms. The increased secretion of adrenaline is a natural reaction by which the body reacts to stress, in order to increase its ability to respond. Here, lots of magnesium is needed. Furnishing the body with an optimal supply of magnesium can prevent the effects of negative stress and help you feel calmer inside.

Are you getting enough magnesium?

Today's fast-food society means we don't provide our bodies with enough minerals. But a deficiency of these vital nutrients can even occur in a balanced diet. However, even though we're making less magnesium available to our bodies, consumption levels have remained constant. In particular, caffeinated beverages and alcohol lead to increased excretion of magnesium. Sports activities also increase the need for the mineral, as active muscles metabolize magnesium. The consequences are fatigue and general malaise.

In order for a mineral to be utilized efficiently by our digestive system, it's advantageous if it's already available in organically bound form, known as a chelate. IronMaxx® Mg-magnesium contains 403mg of magnesium citrate per capsule, in precisely this chelate form. The citrate surrounds the magnesium, which can then more easily pass through the mucous membranes of the intestine into the body, where it becomes available to the metabolism.

Please Note: We try to maintain our Food Supplements Label Database accurate, but manufacturers may change the composition and the label of products without notice as they change and develop them. For this reason we can not have liability for accuracy of data, and therefore they serve for informational purposes ONLY. We are constantly working on keeping them as accurate as possible.

You can ask questions after registration and login! Please log in!

Your question will be answered in few days.

You can review the product after logging in!
Please log in!

You can write new review for this product after the approval of this review!