Bodybuilding Articles / Bodybuilding and fitness articles / Training and recovery / Forget everything you knew about muscle soreness!

Forget everything you knew about muscle soreness!

Let's start with forgetting everything we knew about muscle soreness so far. Everything, from the accumulation of lactic acid to the micro-tears in the muscles.

Do you remember your first leg day ever? What about the brutal muscle soreness on the next day, which was even more hardcore the next day, and didn't seem to disappear in a week time? In this article, we will tell you what was the cause of that pain.

And now let's learn something new. This thing is called Delayed Onset Muscle Soreness (DOMS), which is a delayed muscle soreness if we translate it to our language. This is the pain which you've felt after your very first leg training – which was more painful on the second rest day, and even more painful at the third. When this phenomenon happens, the muscles hurt even when you touch them (not to talk about when you flex them), and they have no power whatsoever. These are the symptoms that differentiate regular muscle soreness from DOMS.

First, we thought that muscle soreness occurs due to the accumulated lactic acid, but this theory has long been discarded by science. Then came the second theory: muscle soreness is caused by the inflammation due to micro-tears in the muscles following hard workouts. Some studies have also discarded this belief.

A study from 2016 showed that inflammation has nothing to do with muscle soreness, at least not in the sense we thought. Researchers found that when inflammation was increasing, the pain caused by muscle soreness was decreasing. This is pretty ironic because researchers tried to prove the opposite. They came to the conclusion that inflammation occurs in order to prevent something from happening in the body. In other words: inflammation during DOMS is really a reaction to something that causes the pain. What this "something" is exactly, is not known yet. When even the researchers are uncertain about this subject, then let's put all the science aside, shall we?The thing we know for sure is that DOMS occurs after every workout that was either too hard or was just very unusual. That should be enough information. But what can we do against the immense pain?

Most people think that massage is the solution for heavy muscle soreness. This is also a myth. Unfortunately, in case of DOMS massage just makes things even worse. Don't get me wrong, I don't want to scare you away from a nice massage, because it can be very relaxing and does good for the body, but do NOT try to banish the symptoms of DOMS with it because you certainly won't succeed. Massage by jacuzzi is also very nice, but at least as much ineffective when it comes to "curing" DOMS.

Every cryotherapy is useless, even though it is growing in popularity. Stretching, hydration, pre-workout warmup, L-arginine, L-glutamine also won't help you out, and even though some studies say the latter can be effective for some, it won't ease all of your pain.

But here's the catch: interestingly, curcumin can be more effective than every other method I mentioned above in this article against delayed onset muscle soreness. The soreness-decreasing effect of curcumin was clearly shown by a study in 2015, but you should know that only 17 subjects took part in that experiment, which therefore we can not call representative, but it is something at least. The problem with curcumin is that the body can't absorb it very well when taken by mouth unless you have black pepper extract with it. Painkillers with Ibuprofen and non-steroid anti-inflammatory drugs are also proven to be helpful, but they can not restore the power of the muscles, so the pain will be greatly reduced, but you still will be weak and you still won't be able to train. And let's stop here! We can't and we won't recommend people taking drugs in order to ease the muscle soreness. For prevention, you absolutely mustn't use anti-inflammatory drugs, because they can NOT prevent muscle soreness to happen, but they can make regeneration worse, and they can have side effects. 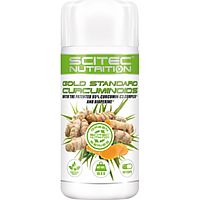 What can make DOMS even worse?

Most people have Vitamin D deficiency, and when the body lacks Vitamin D, DOMS may occur more often, and the pain can be worse. The good news is that nothing is easier than curing the Vitamin-D deficiency. If you feel your muscles are hardly regenerating after your workouts, you have muscle soreness constantly, try taking Vitamin D supplements (like this one), at least 2000 IU per day.

Soreness can be your friend

If you are not on a strict bodybuilder-style diet, then think of muscle soreness like it is an alarm clock. Muscle soreness makes you remember that you have to eat protein, you have to take supplements (like BCAAs and glutamine, protein powder, etc.) to regenerate your muscles. Soreness is like an uninvited postman, who knocks on your door, and tells you the following line:

"Hey, you! I'm here because your muscles told me that yesterday you've had a hard workout, and they are begging for the nutrients!"

...
What lags behind is your chest? Work some extra, that’s the best!

Okay, that must have hurt. Don’t be nervous, rhymes are over. Pectoralis muscles are the most problematic muscles for many. But problems are...
Lee Haney back workout

Many bodybuilding articles begin with a detailed analysis of the anatomical and kinesiological relations of muscles, just to sound as scient...