Shopbuilder Articles / Bodybuilding and fitness articles / Training and recovery / How Can You Make Your Biceps Wider?

How Can You Make Your Biceps Wider?

There is a lot of buzz around the internet about how to increase the size of the arms or the biceps. The formula is easy as pie: train your arms twice a week, using both high reps+moderate weights and low reps+heavy weights principles, with proper form (not to let other muscles do the work instead), with slow negatives (this causes the most micro-tears in the muscles).

It's safe to say that whatever you do in the gym, your arms will grow, of course only when you have a good rest and your nutrient intake is on point.

Increasing the size of your arms is not a big deal. But what if your arms grow alright, but you are not satisfied with their outlook?

A common problem is that the biceps look thin from the front, and they only look good when you flex them and their peaks become visible. 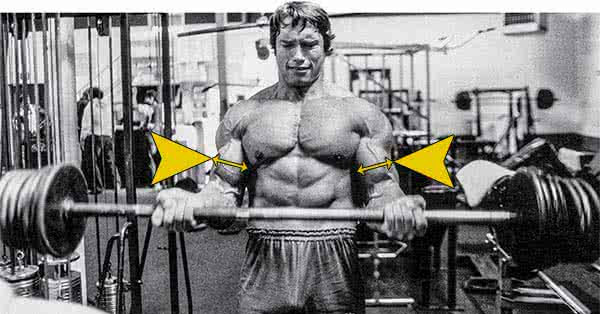 Which exact exercises can make your biceps wider?

Answering this question is not easy. You need to have anatomical knowledge to do that, doing chest and biceps 5 times a week won't do the trick.

But I can already hear the thought that just appeared in your mind: "the shape of the biceps depends on your genetics". This theory is only true in a certain sense. In another sense, it's false.

The biceps consists of two main muscles, and you can emphasize and change the size of those muscles individually (changing their shape remains impossible though). If your biceps look thin from the front, you have to concentrate on the muscle which oftentimes is not stimulated at all by many gym-goer. This certain muscle is not even part of the biceps.

Many of you may already know that this is the brachialis, which is under the long head of the biceps, so if it is developed, it can "push up" your biceps.

Most people train the brachialis with hammer curls, because this muscle works the most when the wrists are stationary during the curl. But this exercise alone may still not be enough because the short and long head of the biceps are still working a lot. If you want to turn them off even more, you have to modify the exercise a bit.

Do the hammer curls, but do not move the dumbbells next to your body. Move them across and in front of your body up and down, without turning your wrists.

That is not all.

If you are looking for an even bigger challenge, do chin-ups with a close grip, with your palms facing forwards, concentrating on your brachialis.

If you find this too hard to perform, find a horizontal bar (a Smith machine will do) and do inverted rows with the very same grip width. 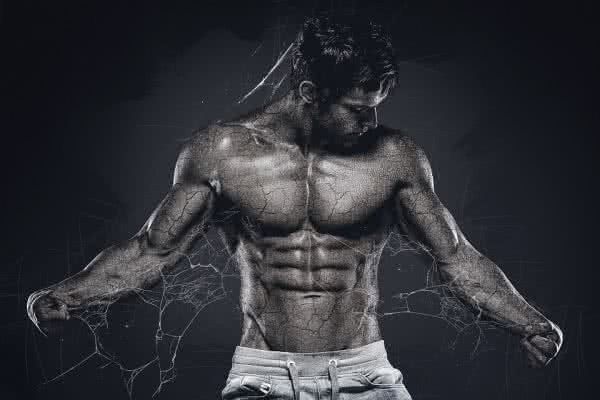 Perform these exercises slowly because the faster the movement, the more activation there is in the biceps. Slow and controlled movement is especially great for brachialis until your forearms reach the 90-degree angle, from there the biceps are activated a little bit more. Of course, it is advised to avoid any kind of jerking during the whole movement.

You don't need to concentrate just on this muscle alone from now on if you want to have wider biceps. Perform at least one of these exercises every week (you can also vary them from week to week) and train the short and the long head of your biceps too with the good old exercises like standing EZ barbell curls.

Yes, it's impossible to completely isolate these three muscles, but you can certainly make them bigger individually by emphasizing them more during your workouts – it's worth it, because your biceps will not only look good from one angle but from ALL angles!

Let's analyze the classic 70-30 method. In other words: how big of a role does your nutrition and workout plan play in transforming your bod...
How Can You Attain a Smaller Waist?

Attention! The exercise described in this article works even if you are not slim and you have fat on your belly. Do not wait until you get s...
Phil Heath Mr. Olympia workout and meal plan

Phil Heath won the Mr. Olympia in 2011, defeating his former mentor Jay Cutler. But what kind of dietary and training regimen did the youn...
High rep workouts – full plan

Some high rep workout routines were published in the past few weeks. We did our best to compile a routine for each of the major muscle group...
Pump your biceps to the next level!

We are delighted to see how our readers liked the article about working the pecs using a high rep routine. So here comes another version tha...
Upper chest-specific training program

Is your “upper chest” (the upper part of the chest muscle) lagging behind? What it means and what you can do about it Here you go: the Upper...
Train like Navy SEALs!

Navy SEALs are really tough guys. They have to hold on in all kinds on different circumstances. And they have to maintain a constant state o...
Can’t You Feel Your Biceps?

For some reason, in the case of the biceps, you can often hear about the problem that people do not feel these muscles during workout. Let’s...