Why Do They Hate Us?

One of our readers suggested that we should discuss this topic: Why everybody hates and stigmatizes us, who take extra care of our bodies and nutrition. What can be the reason?

First of all: even though many tend to complain for hours about being outcasts because of training, carrying their food in boxes etc, let’s make it clear: this makes absolutely no sense. There is only one thing you can do about such people: don’t you give them a shit. Because they are so low that they don’t even deserve your poo. :) It makes no sense to take them seriously. It is a basic rule that you should ignore anyone who pulls you back in life; just rise above them and do not care. 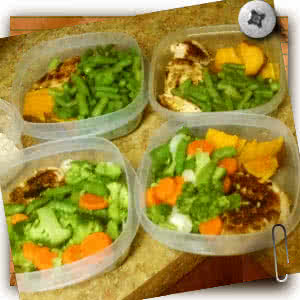 Now just because you asked for it: let’s examine what can be the motive behind “shunning” those who take more care of their bodies than average. And I don’t mean competing or competitor’s physique.

Well, on one hand, the answer is quite simple. On the other hand, it requires some self-examination from our side, too. Because such behavior can have several motives. Let’s start with the most common:

No one likes being confronted with the truth. Neither do you, I’m pretty sure. But if one is confronted with it daily (even though not on purpose), that you do what they cannot do, well, that will lead to frustration. There are several ways to handle this: if they are smart, they can use it to fuel their own transformation. However, this is less likely to happen. There is the easy way; the path of the dark side, which is not stronger, only quick and easy (as we know from Master Yoda): that is, telling BS like you are a narcissistic douchebag and you surely use steroids. They will always find a way to explain why it is easy for you and difficult for them. They start bugging you about your “monotonous” diet, your “fake powders” and “fake” vitamins. That’s the way they are trying to position themselves above you. They keep explaining themselves to prove that:

If you care the least about this, well, that’s the biggest mistake you can make. Nothing satisfies a jealous and malicious person better than seeing that they have successfully ruined your day. Take my advice: do not laugh at them; do not repost; the worst punishment for people of this kind is when you ignore them, like they didn’t exist. If you care about them, they will think their opinions matter.

For most people it is much easier to assume that there is something fishy behind a great result than to accept that someone has simply worked for success. Doing so, it is much easier to handle their own failure. If you are muscular, you must have used steroids. If you have money, you must have committed tax fraud or inherited it from dad. “You have worked for it” is not an option. 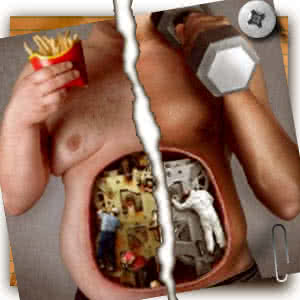 Whether they bug you about your food or physique (“This is too muscular”; “This is unnatural”; “The real strength is in the masons” etc.), the motive is jealousy and frustration in about 90% of the cases. True: speaking of physique, anyone can say it is a matter of preference. OK. We accept that not everybody likes it. But there is one thing: people who don’t like it won’t care about it and won’t feel a strong urge to inevitably inform you about their opinion. You are probably a carnivore. And you probably don’t spend your time trolling on vegetarian blogs or nagging your vegetarian friend. If they want to be vegetarians, you let them be. Live and let live. People who explicitly devote time and effort to bug you or other athletes who are more muscular than average are surely frustrated and, deep inside, they want to look like that, too, even though they have never been strong enough to do anything for it. It must be really frustrating to see someone has done it while they haven’t, isn’t it? :)

However, it is important to understand that the frustration of other people is their problem, not yours. It is not your responsibility to “cure” them (which is impossible anyway) or fight them. This is not your misery. If they are lucky, they will find a case that is important, interesting and useful for them, which can help them regain self-esteem so they can spend their precious energy on more productive stuff. If they don’t: well then, they will be the ones who keep whining and blaming others for everything, without the idea of personal development (physical or mental) crossing their minds for a single second.

Does it really have no ground?

All in all: don’t let frustrated people pull you down into the swamps of their failure; rise above them. You should care about your own physical and mental development, and not the negative people.

Arnold’s success in bodybuilding, the movie industry, politics and business speaks for itself. Below you can read 12 rules for success, which could be useful fo...